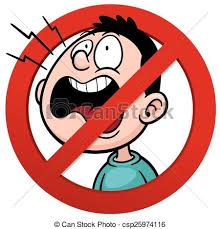 Okay, so I don’t usually start new things for the New Year. This being the case, this year I did. Not because I had waited to implement a new behavior but because my realization of needing to change happened to coincide with the New Year. Hence the new beginning for me.

What is my new beginning you ask? Upgrading my language.

I was having lunch with a dear friend of mine. As it goes, we were telling stories and I realized when I get passionate I tend to swear. To be honest, I can have a potty mouth. If you have known me for any amount of time, you know this to be true.

I have worked on it at different times. When I became a teacher, I was so nervous. I pretty much left the Army and went into teaching. Drill sergeants are not known for their positive uplifting language. I’m just saying.

Total transparency leads me to let you know that I had a bit of a problem before the Army. After the Army, it was a problem I didn’t know I had until I spent some time the teacher’s lounge. I was a new teacher at Rowland Hall St. Mark’s Catholic School in Salt Lake City, UT.

I realized I had a problem when I was telling a story and suddenly felt every eye in the room on me. I knew the story was not that interesting, so it had to be something else. Have you ever had that long awkward pause were everyone knows what’s wrong but you? Yup, that was what happened. I had no clue. I just sat there looking back at everyone else blinking.

I leaned over to the teacher next to me and asked, “What happened?”

“You said a bad word. We don’t use that kind of language here.”

I put an offset cheesy smile on my face. I was still unsure of what I had said.

“Sorry.” I said sheepishly “Please forgive me. I have sinned.”

I only had a one-year contract as I was filling in for a teacher on maternity leave. God knows what He is doing.

The next year I found my home. Alpine Summit Programs and I spent 15 years there before I transitioned to the stage. Summit High as it became know is the alternative high school for Alpine School District.

Still a little shaken from my previous year I stood in front of my class that first day and prayed for guidance. Something I do all the time it just had some extra desperation that day. Then one of my students dropped the f*** bomb and I felt right as rain.

I don’t want you to think I was this raging swearholic but it did happen once in a while and my students could relate so I didn’t see the need to change.

Then I transitioned to the stage. What a mixed bag that is. Some of you swear and some of you don’t. I never thought of changing my language until one of my mentors gave a very impressive speech about how it affects him. I would never what to be the cause of “daggers hitting his heart.” I decided to work on my language and make sure I never swore from stage ever again. I have done very well. Snoopy Dance!

On the other hand, my daily living didn’t get the memo on the clean up act. Therefore, we come to the other day when I was having lunch with my friend.

I was telling her a story from my past when I realized I was swearing a lot. We talked about it and I decided to see if I could find out why.

I had quite a conversation with myself about it. I realized I use it for impact and out of habit.

Now, we have a swear jar on the counter and I do 10 push-ups every time I slip up. I’m not perfect but I am very proud to say as of today I am two days clean and sober so to speak and there is only $6 in the jar. It’s $1 per swear word so I’m making progress.

My husband say’s I can NOT use the money to go to the movies again. In the past, the jar didn’t work real well. Also, just doing push-ups didn’t work either. That is why I am combining them this time. I will make it work.

I tell you this story because you might be making some changes this time of year. Whatever you are working on, I know you can do it. Give yourself a carrot and a stick.

The carrot is your reward for reaching your goal. At this point, it is a daily reward for me.

The stick is the punishment you receive for falling short. Mine is $1 in the jar and 10 push-ups.

Make sure you use the carrot and the stick for all your goals and they will become permanent.

Let me know if I can help you with your goal achievement in more detail. I have used this to change into the wonderful person you know and love. Just wait until you meet my future self. I have big plans for me and the carrot and the stick is how I get there.

Have a blessed day,

Sign up for a FREE article on how to live courageously and find your purpose!

Sitemap | Privacy Policy/TOS
Powered by: The Art of Online Marketing . All Right Reserved 2023.